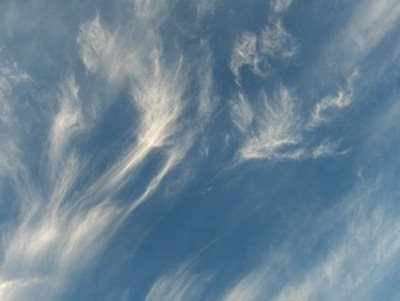 Today was a Sunday filled with auspicious clouds breathed fresh from a happy water dragon. Even the late afternoon sky, seen above, held on to its promise. 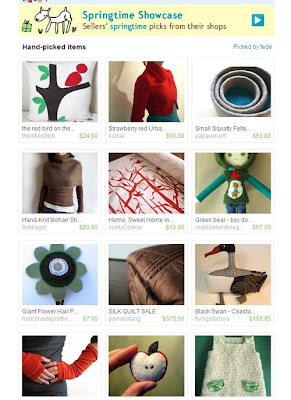 I was surprised to see Flying Star Toys Black Swan on the Etsy front page today in a treasury by Australian designer Fede ...a very pleasant surprise indeed.

I love the colours in this list. And I really like the fingerless gloves by Overcast from New Zealand. I've favourited a few of those in various colours :) 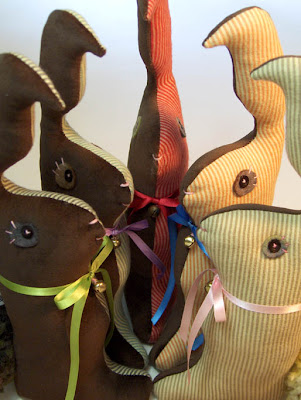 To celebrate Easter there is now 20% off all Biscuit Bunnies and Best Bunnies in the Shop until Easter Monday 24th March (inclusive). To receive the discount all you have to do is email me at florence@flyingstartoys.com and let me know which Bunny or Bunnies you'd like :) 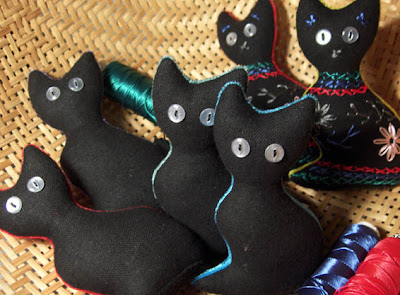 Here are a set of MajicCatsMini in the making. The thread used to embroider them is a big pain to use as it is untwisted (or rather only lightly twisted) and it feathers very quickly. I could make it easier on myself and use a rayon DMC thread but I just can't give up the extreme lustre of this difficult thread and so I persevere with it for its unmatched brilliance. I was reading recently in C.G. Jung's book Alchemical Studies that the unconscious is attracted to bright colours. So it seems I was striking the right note when I chose to incorporate the vibrant colours of the penne velvet on the back and the lustre of these beautiful threads into the making of majicCats.

Labels: Behind the Scenes

The Owl and the Pussycat 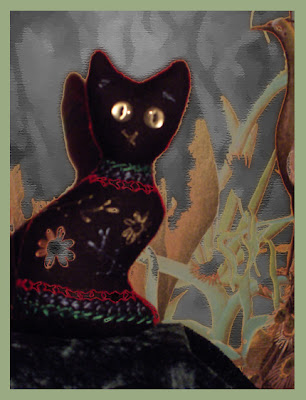 A strange and wonderful thing happen to me the other night. Let me tell you about the owl and the pussycat.

My cat Baby isn't the toughest cat on the street but she's very protective of her little patch and will stand her ground if need be. This night her young male nemesis Tinkerbell Tom was on a spraying trip around our neighbourhood and took it into his little head that the friendly house known of in his youth would be a desirable place to scent. Not that he was thinking of Baby, she's friendly to no one but me and my partner John. Baby wasn't having a bar of Tinkerbell Tom's insolents and so with his approach she growled and growled but still he cautiously padded up the steps to our balcony. He obviously crossed a line at one point because suddenly it was on and the cry of my Baby in a fight stunned my grandmotherly nerves into action and defence. I rushed out the front door and into the night to see the rebel cat fly into the street. That's when something unexpected happened. 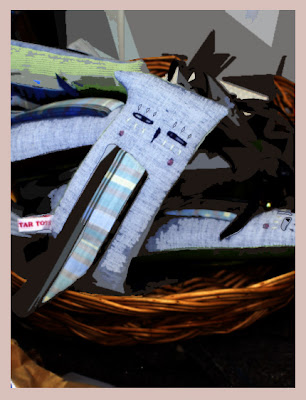 Swooping in out of the blackness over the back of our house came a night creature. Tinkerbell Tom reared up to swipe at it, claws out, arm extended, with the fervour of instincts still in defensive heat. When the creature settled on the telephone wire across from us, I was shocked to see it was not a Flying Fox fruit bat, which are common here, but a rare owl! "An owl? An Owl? It is indeed an owl," I thought. I had no idea that owls lived in our area and I felt like I was looking at something unreal or uncanny - a spirit of the unconscious flown into view or a god in disguise.

I have often been inspired to make toys based on the local wildlife as they intersect my life but rare indeed is it that the toys precedes the animal. Perhaps some inner devotion has granted me a special view of itself as it wings its way silently in the dark: with wisdom on a wire, four hunters in the dark. 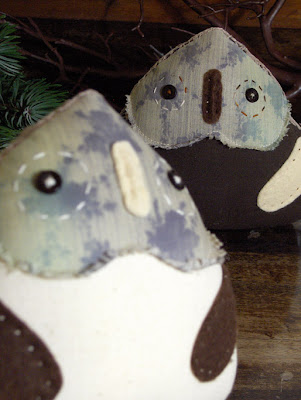 March brings a change in the air and also a new toy to join the Flying Star Toys collections. This month we welcome Nature Owls!

Mr and Mrs Nature Owl live in a tree and hunt in the forest. They always take time to smell the flowers and watch the clouds. It's so good to be nature-owl they would say to each other with a chuckle. Nature Owls are nice and plump because the forest provides them with lots of good food. Mr and Mrs Nature Owl have been together for years and years. I don't think they can remember how long it's been. 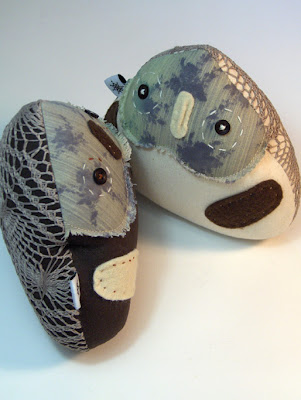 Currently Nature Owls come in Mr Nature Owl in brown cotton and Mrs Nature Owl in cream quilter's calico. On the reverse is something a little special, their backs are covered with a netting fabric in a most interesting pattern. Doesn't it look like feathers? And what a curious texture it has. 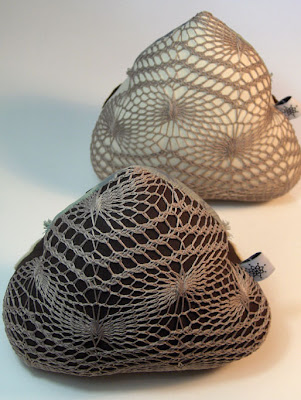 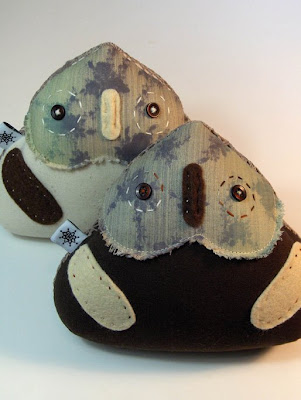 It was only very recently that Nature Owls came into being. Instead of waiting their turn they have insisted they be released straight way....must be something in the air :)