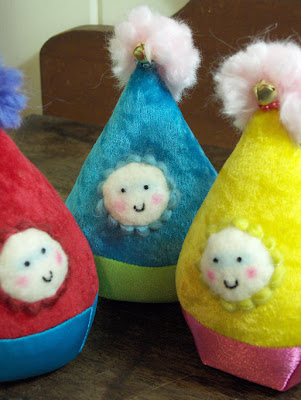 From me and all the Flying Star Toys I hope all my friends have had a good holiday season and wish everyone the very best for the New Year 2008!!

I've spent my time pottering about: a bit of reading, family time, watching dvds, spending time with friends and yes, a little toy designing as well :)

I'll be easing myself back into the swing of things over the next couple of weeks. I certainly have enjoyed this special time to recharge and smell the flowers.

Here's hoping some TechGnoMe super luck rubs off on us all!
Posted by Florence Forrest at 6:10 pm 9 comments: 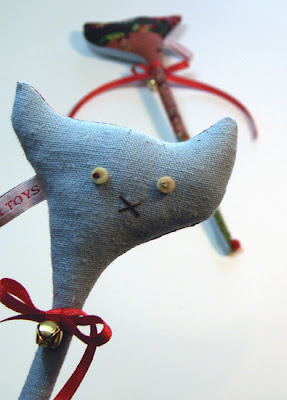 Heather tagged me a couple of weeks ago with a "five things about me" meme and I promised I'd get to it when things had calmed down.

I've done quite a few of these now and I often find it hard to dig up new things to write so I thought I'd do a bit of a round up of five major things about that I've blogged about in detail over the past year and a half.


one: I'm a cat person. My cat's name is Baby. Here's a little poem I wrote from one of the earliest posts on this blog called Songs for My Cat - FEED MEoW. Also I blogged about Baby in the post Baby: personal legend #1.

two: I was a Star Trek nerd but it set me back on the path of Art after the Great Art drought that was my university days. I wrote about it during the "Week Of Geek" Rebecca the Wrecker and Plastic Girl and I held in July 2006. You can read about it these two posts My Past Life as a Trekkie and I, Florence - day 2 Geek Week.

three: I'm an arts theorist as well as a toy maker. This aspect of what I do is now mostly channelled into my work with OzFrank Theatre Matrix as their Design Dramaturge. I have from time to time written about my thoughts about art, artist writing, theory here. The following posts show some examples of that side of me - Art Criticism?, Planet of Visions - Life After Theory.

four: I love art and craft and so occasionally I've written detailed posts on art forms that have interested me. These have been very popular - Inuit Intuit - Eskimo Art and Song, Papercuts of the World - Folkart, Imperfection by design and Arachne's Legacy, Why I like Folk Art - part 1.

five: I'm Australian and I'm proud to be a part of the growth of a still young country, she is yet naive and largely unconscious of herself but possesses a broad blue sky nature. Some posts that relate to this have been - Australian Spirit, With a Little Luck - The Southern Cross, Connecting to Your Environment Though Story.

After having sampled a few of the posts included here you should have a fair hint of what occupies my thoughts at a least some of them anyway ;)

It's too late in the year to tag anyone but rest assured this will likely not be the last "five things about me" you'll read here!
Posted by Florence Forrest at 9:50 am 4 comments:

20 % off all toys until the end of December! 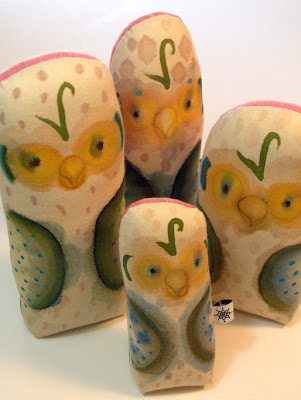 That's right! As a special Christmas treat the Flying Star Toys online shop will be having a 20% off sale. So if there is a little soft someone you've been secretly coveting then there is no better time to treat yourself.

If you can't find exactly what your looking for in the shop but know I make it just drop me a line and it too will be discounted.

Instead of paying through the shop send me an email at florence@flyingstartoys.com with your order and I'll send you a PayPal invoice so you can pay via credit card or your PayPal balance (direct debit for Australian patrons is also available). 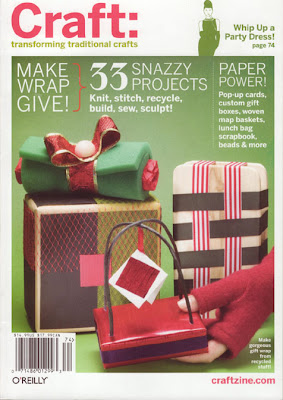 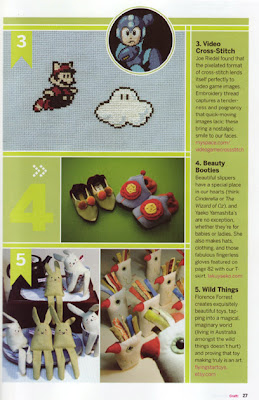 I was thrilled to have Flying Star Toys featured in the Curios section of the November issue of Craft magazine - super cool DYI craft magazine from the US. Many thanks go to Arwen O'reilly (staff editor) for finding my work via Etsy.

Props go out to The Queen of Light and Joy for letting me know about it too :)