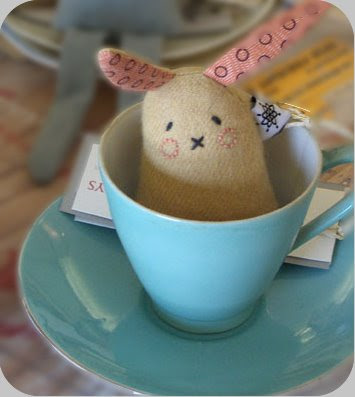 I've recently been enjoying a lovely tea called Melbourne Breakfast from T2. It's a black tea I can enjoy with milk, it has just a hint of a smoky sweet vanilla flavour. Yum! The Biscuit Bunnies have given it their stamp of approval too! 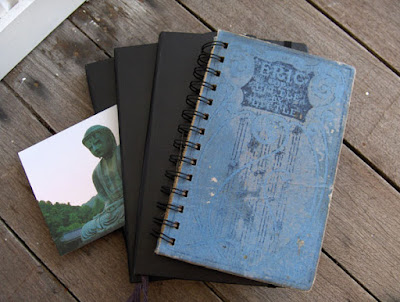 A gift today of the fourth book.

I have slowly been developing my work as a writer/artist. It has taken me a long time to find the tools that I most prefer to use. I have tried many different notebooks and most of them I have treated no better than a bound version of post-it notes. It might seem strange but I couldn't take myself seriously when I wrote in the wrong kind of notebook. But it wasn't just the notebook it was also the pen! After the longest time I finally realised that I hated using biros. It wasn't until I discovered Moleskin notebooks and returned to the primary school use of the pencil that I began to have some satisfaction with myself.

A year ago I began the practice of recording my dreams and to practice the Jungian method of analysis. What an interesting process this has been. Almost daily I've written, describing the most fascinating stories and from them have learned many valuable things. But aside from the journey to the Self it has taught me about writing. Out of necessity I have been very diligent about keeping my writing legible and have made great efforts to adopt a form of record keeping that is consistent so that I might collate reoccurring motifs and symbols. After many months I noticed that there where different styles one could use to record action. Some I noticed where more suited to the notation style use in the scripts of plays while others took to a more prose like form. Of course the fact that I had adopted the form of separating the parts of dreams into acts and scene also help immensely.

After a lucky start using the thin paperback Moleskins I finally graduated to the hard cover classic black books and I now use them exclusively. From the recording of dreams, in what I call the Book of Dreams, I began to take my writing seriously. I witnessed the value of recording my thoughts and it occurred to me that this method could be applied to my other areas of thought as well (seems obvious enough!). So I began a second Moleskin notebook series for the exclusive use for my theory work calling it the Book of Philosophy and this lead, naturally enough, to the creation of a third book series called the Book of Stories for creative writing. Now I knew I had one more book that I had yet to find - the Book of Pictures. I needed a visual diary, but which one was going to be right for me? I had a small Moleskin visual diary but for some reason I wasn't gelling with it yet. I needed to begin somewhere else, but where and on what? Now well aware of my fussy disposition when it came to notebooks I was perplexed!

Today, the answer to my question has been gifted to me by my good friend Margaret Barnett. When checking my post box in the village I found a little blue slip saying I had a package to collect...how mysterious...I hadn't been expecting anything. On returning home I sat down to open it. Inside was a beautifully wrapped present with a note that read, Found this in Cairns Gallery - thought you could use it - Love M, accompanied by a postcard of a large Japanese stone Buddha seen at twilight. Opening the present was to my surprise a visual dairy made from an old book that had previously been a primary school reader made by Aunty Art Studios called a Bound Again Book. It's the blue book on top of the pile. The original book's title was Eric or Little by Little by Frederic W. Farrar - how appropriate!

I have yet to use it of course.....but its synchronicity seems to indicate its suitability as the fourth book.

Monday by the Seaside 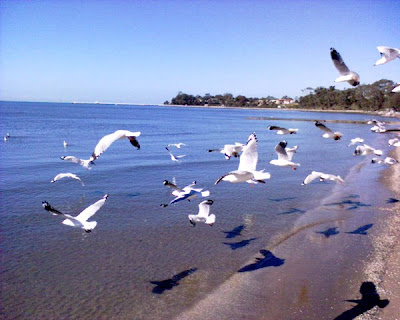 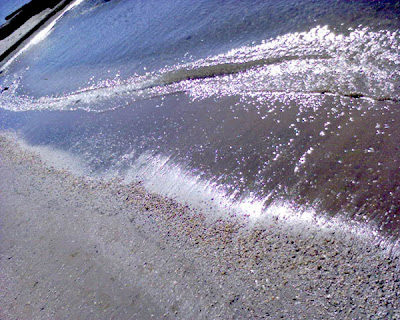 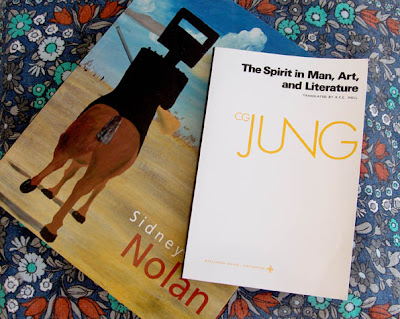 A couple of the books I'm reading at the moment.

On Saturday I went to the Sidney Nolan: A New Retrospective exhibition at the Queensland Art Gallery. It is an amazingly comprehensive exhibition. I'll be going back quite a few times just to take it all in. I'm so very impressed with his whole career as an artist - he surely does deserve to be one of the great Australian 20th century artists. I highly recommend seeing this exhibition if you are able to. The good news is that it is free to the public! So no excuses! 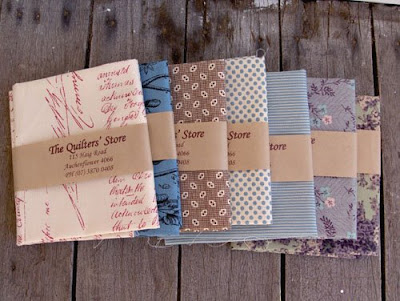 These fabrics caught my eye while at The Quilter's Store yesterday. I have no idea what toys they'll be used for..... yet....!

Labels: Behind the Scenes 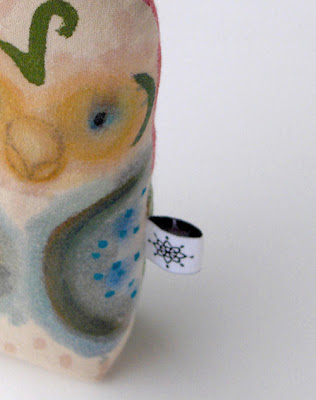 This Month's Lucky Spot Sale is 20% off Pimmie Parrots in the Flying Star Toys on Etsy Shop.

Seen above is a Pimmie Parrot called Grassflower. Little Grassflower Pimmie is small in stature but big in heart and always able to find the tastiest fluffy grass heads to share with friends. 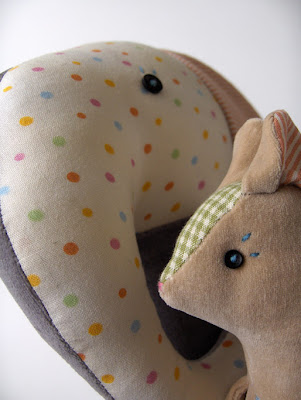 Piccabu Elephant and Molehill Mouse are best friends, they help each other gain perspective on life. They prove that the very big and the very small can be friends and help each other. 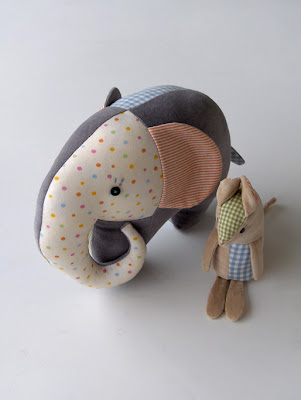 Piccabu Elephant and Molehill Mouse are both made using the finest cotton velvets and designer quilting cottons. They are each weighted to stand independently and are sculptured stuffed to obtain their fully bodied shape. 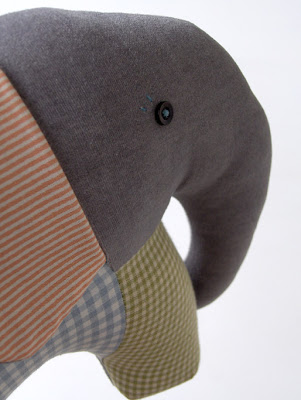 Piccabu Elephant raises Molehill Mouse up onto his back so that his little friend can see life's mountains are indeed only molehills. 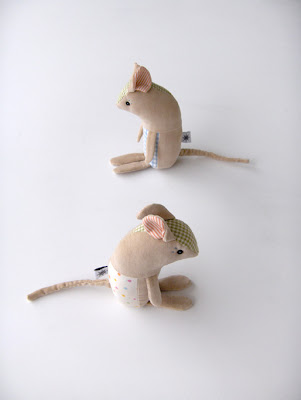 Molehill Mouse tells Piccabu Elephant stories of all the secret passages that lead to surprising new territories and stores of sweet food - there is nowhere that Molehill Mouse can't go.

Did you know that the Hindu God Ganesha, who has an elephant's head, is the God invoked at the beginning of projects particularly those connected to creativity? Ganesha is called upon because he is the Remover of Obstacles and God of Wisdom. His mount is the mouse because mice are known to be able to go everywhere without hindrance. They do make for an interesting pair and so were the inspiration for these two toys.