Flying Star Toys will be attending the Brisbane GoMA Christmas Design Market on Saturday the 6th of December.

The good news is that all Flying Star Toys on the stand will be at special market prices!

The GoMA Christmas Design Market will be located on the Sculpture Lawn outside the Gallery of Modern Art Brisbane located in the Arts precinct of South Bank.

The GoMA Christmas Design market Saturday 6th December from 9am -5pm.
Looking forward to seeing you there!

Posted by Florence Forrest at 10:19 am No comments: 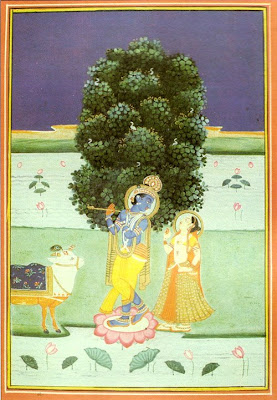 "I resist anything better than my own diversity,
And breathe the air and leave plenty after me,
And am not stuck up, and am in my place.

This is the grass that grows wherever the land is and the water is,
This is the common air that bathes the globe.

from Leaves of Grass {Song of Myself} by Walt Whitman in 1855.

Image: Krishna, the eighth incarnation of Vishnu, as herdsman and flautist pictured here with His beloved, Radha, on the banks of the river Yamuna.

Tonight the KickArts Christmas retail show Cracker! opens. There should be heaps of wonderful gifts to choose from. If you live in Cairns or will be by that way soon I recommend popping in. 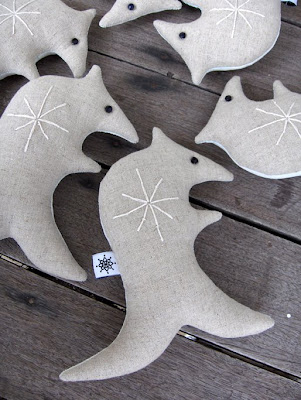 For this show I've made six special Star Boomer joeys called White Star Boomers as a tribute to the iconic Australian Christmas song "Six White Boomers" by Rolf Harris. They are made with natural linen and creamy white pin corduroy with the cream star hand embroidered in linen thread. 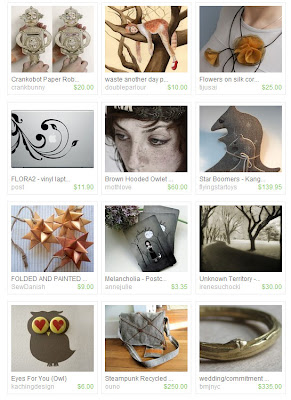 A good morning indeed to wake up to seeing Star Boomer on the front page of Etsy. Lovely!

Plush You! (2) at Double Punch Gallery 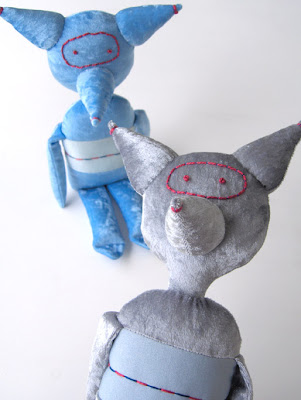 This month Flying Star Toys will be on show at Plush You! This year the Plush You! exhibition of plush toy artist at Schmancy in Seattle is having a sister show in San Francisco at Double Punch Gallery. 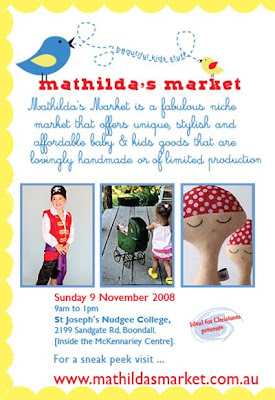 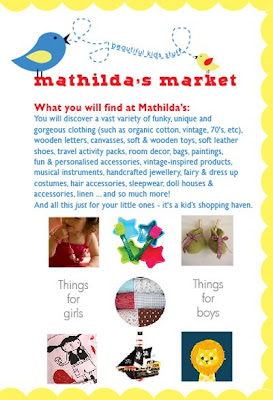 The Mathilda's Market began in Melbourne and became so successful they have branched out to hold them in Brisbane and Sydney with other states to follow. They feature quality handmade designer wares suitable for children and mothers. Being a toy maker they asked if I would be interested - and I was :)

So if you would like to treat your little one, yourself, or thinking of someone who needs a treat this Christmas please come along.

That's right! This Sunday! and don't forget to say Hi :-) 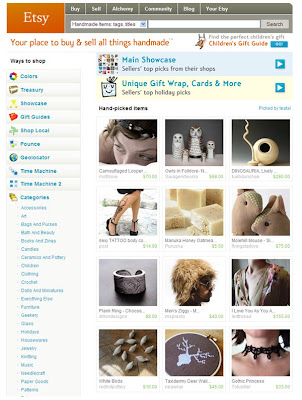 A Sunday Surprise - Molehill Mouse on the Front page of Etsy :)